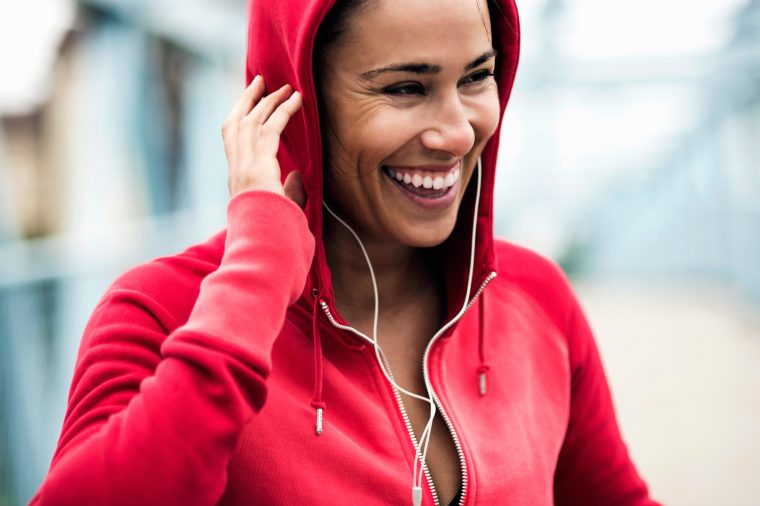 Movement is medicine for the mind: Here’s how your mental muscle benefits every time you get going.

As we get older, the birth of new brain cells slows, and our brain tissue actually shrinks. Exercise may be able to reverse that trend. One brain-scanning study of healthy but sedentary people aged 60 to 79 showed significant increases in brain volume after six months of aerobic fitness training. No such changes occurred among controls who only did stretching and toning exercises. The researchers concluded that the improved cardiovascular fitness that comes with aerobic exercise is associated with fewer age-related changes in the brains of older people. Cardio boosts blood flow to the brain, which delivers much-needed oxygen (the brain soaks up 20 percent of all the oxygen in your body).

It Fights Depression And Anxiety

Depression slows the brain’s ability to process information, makes it more difficult for us to concentrate and reach decisions, and causes real memory problems. For serious depression, your doctor may prescribe antidepressants. For milder cases, exercise may help lift your mood. It cranks up the body’s production of serotonin and dopamine, brain chemicals crucial to happy mood. And it boosts levels of the feel-good chemicals called endorphins.

It Reduces The Effects Of Stress

If some hormones like BDNF make the brain younger, others help age it. These include the so-called stress hormone cortisol. Slow, scattered thinking and forgetfulness are caused by stress more often than we may realize. Exercise lowers cortisol levels, helping you to think straight again. It is also believed to help generate new nerve cells in the area of the brain called the dentate gyrus, an area of the hippocampus linked to the creation of new memories. Brain cells here are depleted during times of stress.

Executive function basically means cognitive abilities like being able to focus on complex tasks, to organize, to think abstractly, and to plan for future events. It also encompasses working memory, such as the ability to keep a phone number in your head while you dial. When researchers set out to analyze the effects of exercise on executive function, they looked at 18 well-designed studies and found that adults aged 55 to 80 who did regular exercise performed four times better on cognitive tests than control groups who didn’t work out. Effects were greatest among those who exercised 30 to 45 minutes each session for longer than six months, but substantial benefits were seen in as few as four weeks of exercise.