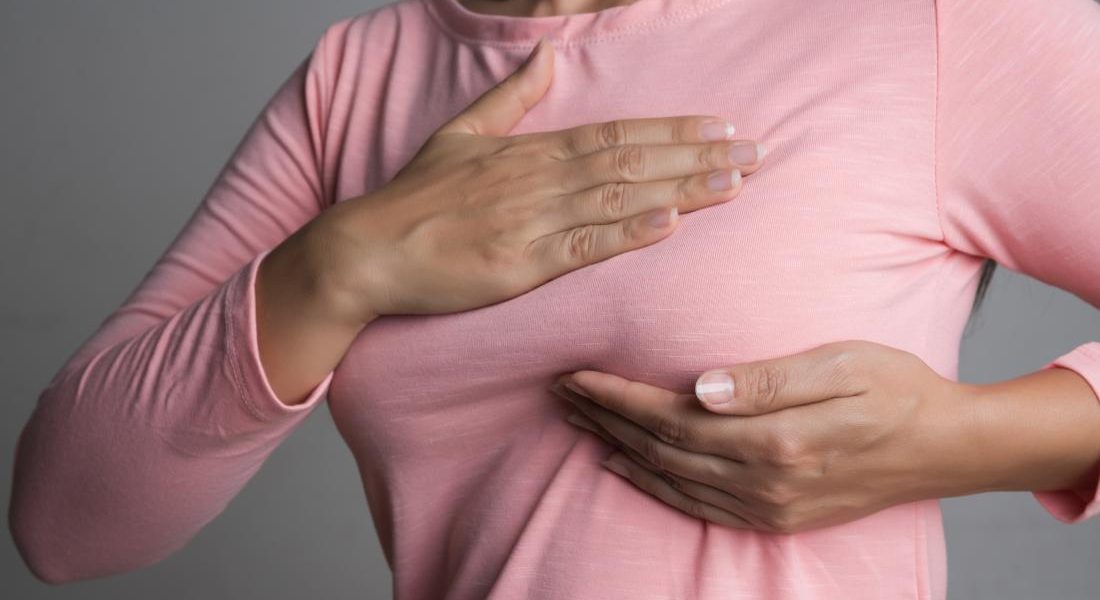 Studies have shown that your risk for breast cancer is due to a combination of factors. The main factors that influence your risk include being a woman and getting older. Most breast cancers are found in women who are 50 years old or older.

Getting older. The risk for breast cancer increases with age; most breast cancers are diagnosed after age 50.

Genetic mutations. Inherited changes (mutations) to certain genes, such as BRCA1 and BRCA2. Women who have inherited these genetic changes are at higher risk of breast and ovarian cancer.

Having dense breasts. Dense breasts have more connective tissue than fatty tissue, which can sometimes make it hard to see tumors on a mammogram. Women with dense breasts are more likely to get breast cancer.

Family history of breast or ovarian cancer. A woman’s risk for breast cancer is higher if she has a mother, sister, or daughter (first-degree relative) or multiple family members on either her mother’s or father’s side of the family who have had breast or ovarian cancer. Having a first-degree male relative with breast cancer also raises a woman’s risk.

Women who took the drug diethylstilbestrol (DES), which was given to some pregnant women in the United States between 1940 and 1971 to prevent miscarriage, have a higher risk. Women whose mothers took DES while pregnant with them are also at risk.

Risk Factors You Can Change

Taking hormones. Some forms of hormone replacement therapy (those that include both estrogen and progesterone) taken during menopause can raise risk for breast cancer when taken for more than five years. Certain oral contraceptives (birth control pills) also have been found to raise breast cancer risk.

Reproductive history. Having the first pregnancy after age 30, not breastfeeding, and never having a full-term pregnancy can raise breast cancer risk.

Drinking alcohol. Studies show that a woman’s risk for breast cancer increases with the more alcohol she drinks.

Research suggests that other factors such as smoking, being exposed to chemicals that can cause cancer, and changes in other hormones due to night shift working also may increase breast cancer risk.

Who Is at High Risk for Breast Cancer?

Talk to your doctor about ways to reduce your risk, such as medicines that block or decrease estrogen in your body, or surgery.external icon.